One of the new features in SQL Server Reporting Services 2017 is the new REST API. The announcement is here:

And the online documentation for the API is here:

Interestingly, the new API seems to beÂ ODataÂ compliant â€“ which means you can browse it in Power BI/Get&Transform/Power Query and build your own reports from it. For example in Power BI Desktop I can browse the API of the SSRS instance installed on my local machine by entering the following URL: 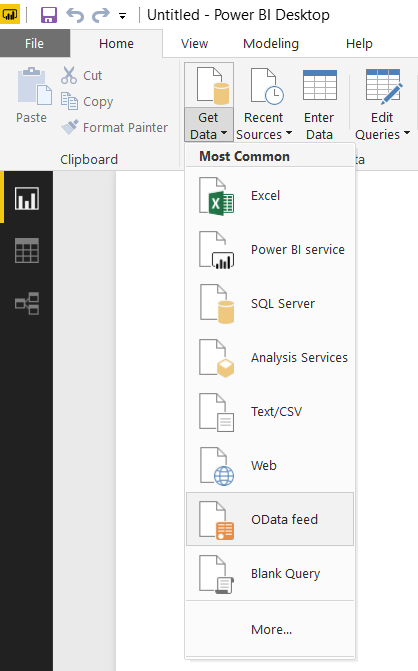 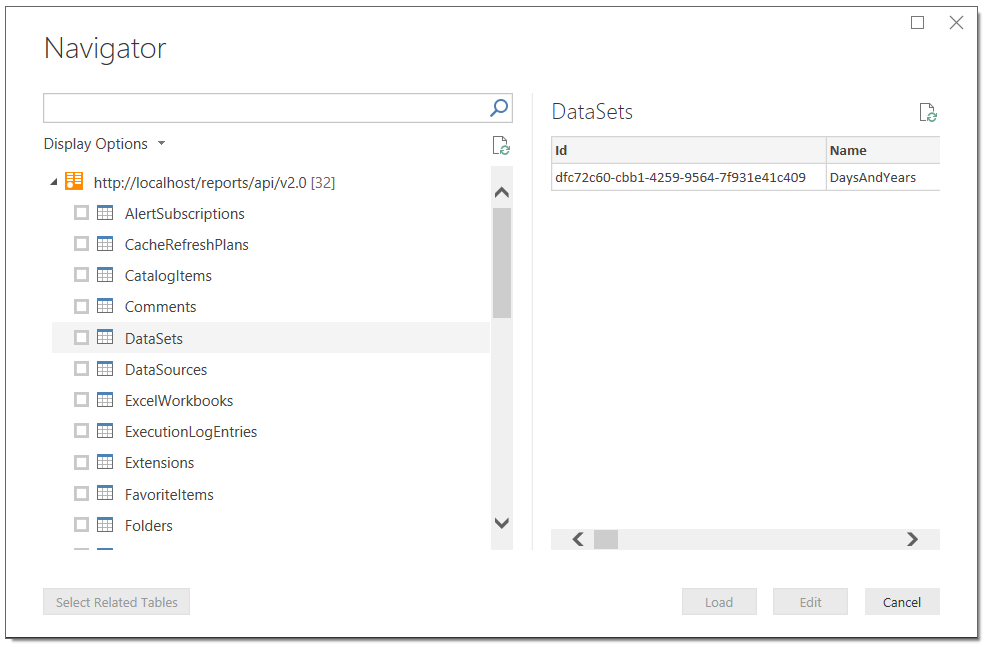 This means you can build Power BI reports on all aspects of your SSRS reports (reports on reports â€“ how meta is that?), datasets, data sources, subscriptions and so on. I guess this will be useful for any Power BI fans who also have to maintain and monitor a large number of SSRS reports.

However, the most interesting (to me) function isnâ€™t exposed when you browse the API in this way â€“ itâ€™s the /DataSets({Id})/Model.GetData function. This function returns the data from an SSRS dataset. It isnâ€™t possible to call this function direct from M code in Power BI or Excel because it involves making a POST request to a web service and thatâ€™s not something that Power BI or Excel support. However itÂ ispossible to call this function from a Power BI custom data extension â€“ I built a quick PoC to prove that it works. This means that it would be possible to build a custom data extension that connects to SSRS and that allows a user to import data from any SSRS dataset. Why do this? Well, it would turn SSRS into a kind of centralised repository for data, with the same data being shared with SSRS reports and Power BI (and eventually Excel, when Excel supports custom data extensions).Â SSRS dataset cachingÂ would also come in handy here, allowing you to do things like run an expensive SQL query once, cache it in SSRS, then share the cached results with multiple reports both in SSRS and Power BI. Would this really be useful? Hmm, Iâ€™m not sure, but I thought Iâ€™d post the idea here to see what you all thinkâ€¦